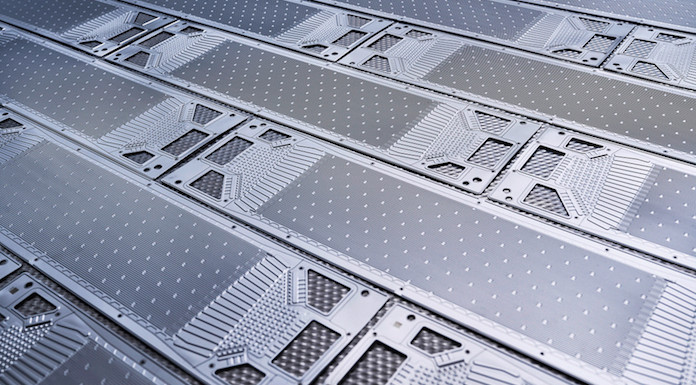 Symbio, a Michelin and Faurecia hydrogen company, and Schaeffler signed an agreement for the creation of a 50:50 joint venture to produce fuel cell bipolar plates for global mobility and energy solutions. The JV will be located in Haguenau, in the Alsace region, France. It will combine the know-how of leading European automotive suppliers and a global leader in automotive fuel cell technology who together see vast potential in the developing hydrogen economy. It will also build a Franco-German partnership aiming at strengthening the European hydrogen mobility value chain.

The company, which will be operational under the brand name Innoplate by the end of the year will accelerate the production of next generation BPP for the entire proton exchange membrane (PEM) fuel cell market, thus enhancing performance, capacity, and cost competitiveness for its customers. The joint venture is expected to be established by the end of 2022, subject to customary conditions precedent such as applicable merger control clearances.

Start of production of the JV is planned for early 2024. The production unit will be located in Haguenau, France, and will have an initial capacity of 4 million BPP per year, aiming at producing annually around 50 million BPP globally and employing more than 120 people by 2030. The site will embody highest sustainability standards and will target net zero-emission operations.

Innoplate will enable and accelerate the mass-production of next generation BPP with Symbio and Schaeffler being the JV’s exclusive customers. Symbio has received a first major nomination for their fuel cell system from a leading automotive OEM and plans to use the JV to supply the BPP for this program.

Symbio has over 30 years of cumulated experience in developing fuel cell systems and offers a complete range of compact StackPacks®, pre-validated and pre-integrated hydrogen systems that meet all requirements in terms of power and durability for zero-emission mobility.

Schaeffler, a leading global supplier to the automotive and industrial sectors, has high expertise in precise forming and stamping technologies, and a deep process know-how for large scale production of metallic bipolar plates. Within Schaeffler these are being used for electrolysers for the production of hydrogen and as a key element of fuel cell stacks for all types of mobile and stationary fuel cell applications. Schaeffler’s high level of vertical integration in the area of forming, as well as highly sophisticated coating processes, form the basis for its deep process know-how for large scale production of BPP.

“Metallic fuel cell bipolar plates are a strategic high added value component of the fuel cell system. Innoplate will be instrumental to secure serial production capability underpinning our customers’ programs and the Hydrogen mobility market uptake, while accelerating enhanced system performance and an effective step-up in cost competitiveness of our solutions. Furthermore, it is testimonial of Symbio’s engagement to build technological and industrial leadership in Europe,” says Philippe Rosier, CEO of Symbio.

“We believe that hydrogen will play a vital role in enabling clean mobility in the future. The establishment of a hydrogen economy and the transition to sustainable energy resources will largely depend on the industrialization of reliable supply chains for the new technologies. Our Joint Venture with Symbio is a great example for this approach. As a global company that is headquartered in Germany, we are also very happy to partner with Symbio in France and foster the Franco-German cooperation in this important area. The JV allows a fast market entry for Schaeffler in partnership with a leading fuel cell supplier,” says Klaus Rosenfeld, CEO of Schaeffler.

“At FORVIA, we are well placed to know that the collaboration between two major Franco-German companies is a powerful driver to achieve excellence. Our convictions in fuel cells are solid and constant: hydrogen is a central matter for the mobility of tomorrow. Together, Symbio and Schaeffler are putting their complementary know-how at the service of Innoplate to create a key player in hydrogen mobility,” says Patrick Koller, CEO of Faurecia, company of the Group FORVIA.

“This strategic move between Schaeffler and Symbio will foster the development of hydrogen mobility at a faster pace. It will undoubtedly strengthen Symbio’s capacity to become a worldwide fuel cell system leader by 2030. At Michelin we strongly believe that Paneuropean collaboration is an excellent way for European industrial players to stay at the forefront of strategic technologies. This Franco-German alliance demonstrates it perfectly,” says Florent Menegaux, CEO of Michelin.