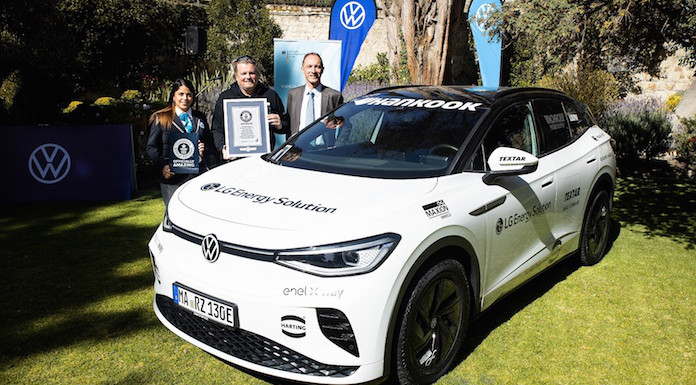 After driving more than 57,000 kilometres through the USA last year, Rainer Zietlow was now aiming high. In 2021, he completed the longest journey by an electric vehicle in a single country, beating the previous Guinness World Record. Now he was making another record attempt with the VW ID.4 GTX. His goal: to climb the world’s highest, still passable mine road at the Uturuncu volcano in Bolivia using only electric power. He did it! He conquered an altitude gain of 5,816 metres, thus securing another Guinness World Record.

Professional driver Rainer Zietlow has once again proven the staying power of e-cars. Instead of breaking another long-distance record, however, this time he was tempted by a vertical challenge. With a Volkswagen ID.4 GTX, he travelled to Bolivia to set his sights on the world’s highest, still passable mine road at the Uturuncu volcano, which was repaired by the Quetena community at the foot of the volcano after the pandemic phase. “Our goal was to show that electromobility is also capable of high performance at extreme altitudes,” Zietlow reports. This is exactly what he was finally able to prove on his e-mobility climb. With the ID.4 GTX, he vanquished the volcano in the south of Bolivia to just a few metres below the summit – a world record! An adventure in thin air on sandy and rocky slopes. On the journey to base camp through Argentina and Bolivia, he was able to rely on Enel X Way’s wallbox network, which was installed along the route at intervals of 300 kilometres*. 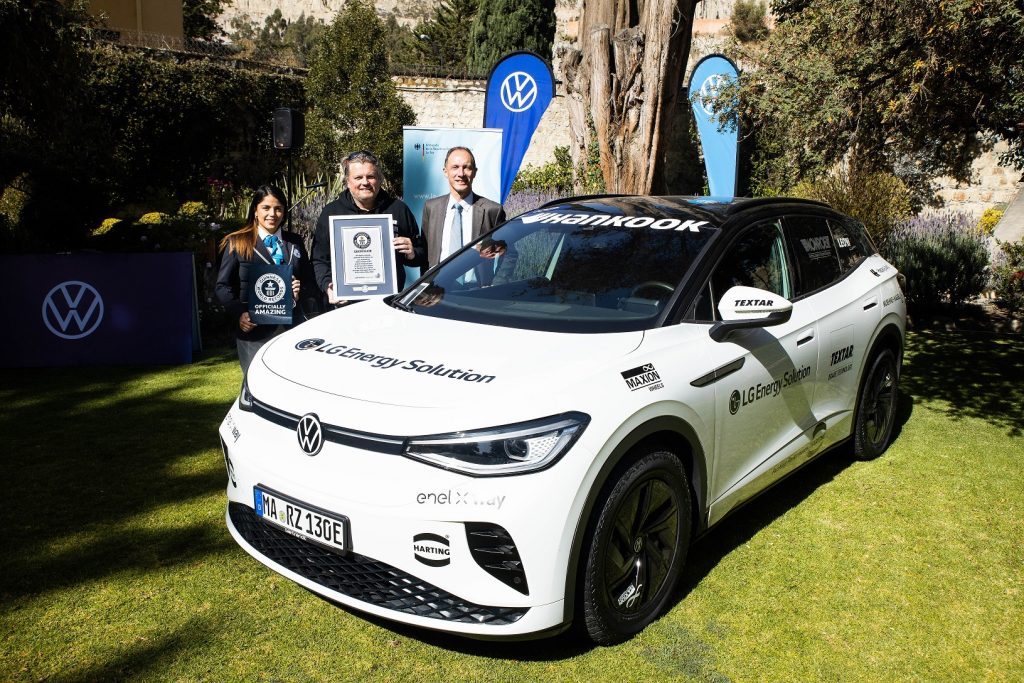 Back in Bolivia’s seat of government La Paz, Rainer Zietlow was presented with the Guinness World Record certificate by a Guinness representative at the German Embassy there. HARTING also actively supported this challenge, as the technology group is VW’s Tier 1 supplier of charging cables and the original equipment manufacturer of the on-board charging cables. Marco Grinblats, Managing Director at HARTING Automotive, went on to add: “Congratulations to Rainer Zietlow for this great success. We are delighted for him and his team on this further Guinness World Record. This has once again sent an important signal and raised awareness of the fight against climate change.”

More information and pictures can be found on the official website for the initiative: https://vwid4-highaltitude.com

*The charging stations were provided in 2020 for the TV documentary series “The Long Way Up”, for which actor Ewan McGregor travelled exclusively by electric motorbike.