“Wuxi Lead Intelligent Equipment Co., Ltd.” (LEAD), a leading manufacturer of turnkey solutions for high-performance battery production, is strengthening its position in the European market. Last Friday, the company opened its first European production plant with an official ceremony: Naila, in Franconia, South Germany, is now home to LEAD’s European “Center of Competence”, from which the company intends to expand the promising market of electric car battery production in the European core markets. 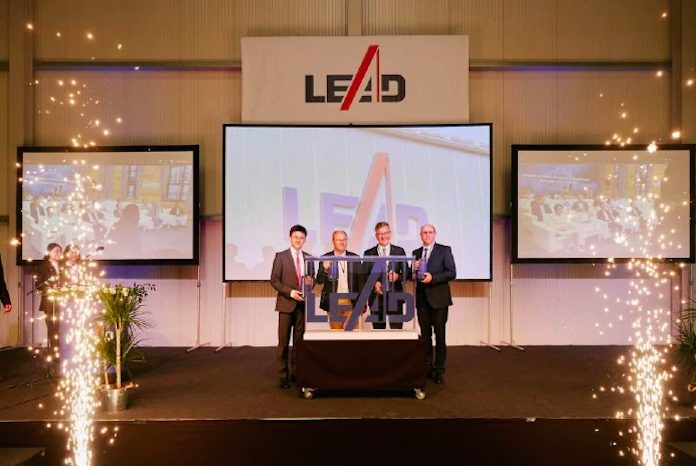 LEAD is relying on stable supply chains based on a long-term strategic collaboration. As part of its work, LEAD is working with a large number of German partner companies. The company convinces with the highest quality standards of its solutions, its commercial acumen, and global footprint and was thus already able to win within a short time the trust of several big European key players. It was only this year that LEAD signed a contract with the largest German car manufacturer.

The opening celebration for the Center of Competence was attended by several high-ranking guests.

These included both politicians and representatives of some of LEAD’s important, long-standing customers and partner companies, including the keynote speakers Dr. Oliver Bär, District Chief Executive of Hof, and Frank Stumpf, Mayor of Naila, plus Dr. Andre Mecklenburg, CTO of Project Eco PowerCO SE, and Markus Birkhan, Head of Vertical Battery Siemens Deutschland. Markus Birkhan emphasized the role of LEAD as a “market and technology leader for the industry” along with “the strong connections and the very close collaboration between the two companies”, which has been ongoing for many years. In addition, Birkhan underlined the major significance of Naila as the location for LEAD’s European business. “There are many notable advanced technical colleges and universities in the region, including Hof, Jena and Ilmenau. Naila is also right in the middle of Europe. From here, it is very easy to reach the industrial centers of Germany and battery factories all over Europe.” The entire workforce was also invited and long-term employees were honoured at the end of the event.

“The event clearly demonstrated the close connection between LEAD, the region, and many major companies which for some dates back years”, said Werner Bechtel, Head of the Center of Competence in Naila. Chu Chen, Managing Director of “Lead Intelligent Equipment (Deutschland) GmbH”, LEAD’s German subsidiary, added: “LEAD is playing an ever more important role in the world market and will undoubtedly continue to expand its market share under the auspices of global electrification. In our ”Made in Europe” strategy, Germany plays a key role as a world-leading automotive and high-tech location.

LEAD has recently acquired the plant in Naila. The company previously operated as the mechanical engineering company ONTEC, which had run into difficulties. The takeover by LEAD saved all the jobs that would otherwise have been lost. Worldwide, LEAD has 870,000 square meters of production and R&D space and a workforce of more than 17,000 employees. LEAD is becoming increasingly important in this market segment globally and its market share is growing steadily. LEAD is thus ideally placed to conquer the challenges of advancing global electrification.

Volvo Group to produce battery modules in Ghent by 2025